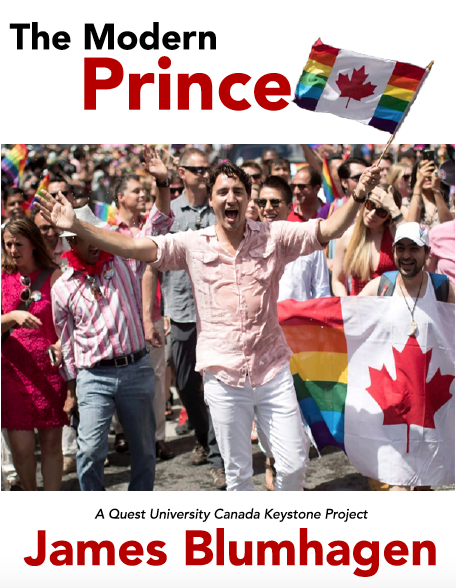 As part of my graduation requirements at Quest University Canada I wrote a book titled “The Modern Prince.” This book explores the relationship of modern media and society and then further delves into the importance of modern day politicians properly using “Authentic” social media in order to best target Millennial and Generation Zed voters.

The book is written in a parody style of “The Prince” by Niccolò Machiavelli and uses the 23rd Prime Minister of Canada, Justin Trudeau, as its version of The Magnificent Lorenzo Di Piero De’ Medici. As “The Prince” was written as a guide on how to gain power and influence over others during the 16th century, “The Modern Prince” is a guide on how to gain power and influence others in the 21st century where our entire beings and ways of life have been dramatically altered by the Internet and the technology and services that have come with it. The advise and analysis in this book is real. It is not a parody or meant to mock or make light of engaging youth in the electoral and political process. It is the opposite. It is a call to politicians who are just beginning to realize the importance of younger voters to let them know that the old political tactics do not work anymore.