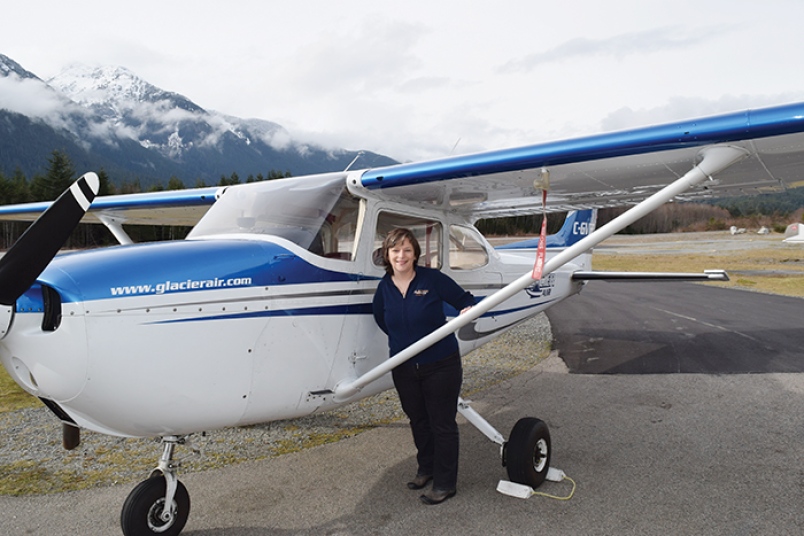 Women of Aviation Worldwide Week takes place annually during the week of March 8, marking the anniversary date of the world’s first female pilot licence granted in 1910 and International Women’s Day since 1914.

And Squamish residents are invited to get involved by attending an event put on by Glacier Air and the B.C. Coast 99s.

The event is a part of the worldwide Women of Aviation Week and will feature free flights, guest speakers, inspiring women and an RCAF Sea King helicopter flyby and static display. Glacier Air and the BC Coast 99s are offering free flights for women and girls 12 years or older who have never flown in a small aircraft before on Saturday, March 11 from 10 a.m. to 3 p.m. at the Squamish Municipal Airport.

Women of Aviation Worldwide Week “is designed to raise awareness of aviation opportunities available to girls of all ages while celebrating the accomplishments of past and present women of aviation,” according to a press release.

The week features events in 349 locations in 42 different countries around the world.

“The organization invites anyone who wishes to foster gender balance in aviation to plan activities during the week to honour women’s existing contributions to aviation as well as to engage and introduce girls and women to the opportunities that aviation offers,” reads the press release. “We provide a guide, assist participants to help them implement our unique and effective outreach model, and provide ‘goodies’ to help them make their event a success.”

Women of Aviation Week was born from the decision to continue and expand the successful Fly It Forward movement that Mireille Goyer launched in 2010.

“We aim to celebrate the centennial of the world’s first female pilot licence in a meaningful manner,” said a media representative from iWOAW. “Out goal is to fulfill the dreams of the early female pioneers to see more women involved.”

“Much of this situation is linked to a chronic lack of exposure to the industry. In fact, today a boy is still three times more likely than a girl to be exposed to aviation opportunities.”

iWOAW is also looking to motivate women with more than $15,000 worth of prizes, trophies and scholarships to communities and individuals who compete in the annual Fly It Forward Challenge.

“Our scholarships are designed to motivate girls of all ages to move from inspiration to action after the week,” added the organization’s rep.

“They are awarded to women who decide to learn to fly immediately after discovering flying and become the first to solo among all candidates.”

“Every effort counts,” said the iWOAW rep. “It can as simple as flying a Pink Paper Plane on March 8 to raise awareness or as involved as organizing an event.”

In Squamish, Mireille Goyer, iWOAW’s founder and president, will be participating in the event.

For more information, call Glacier Air at 604-898-9016 or visit www.WomenOfAviationWeek.org.

An earlier version of this article said all women and girls aged 12 years and older are being offered a free flight. However, to qualify they must have never flown in a small aircraft before.