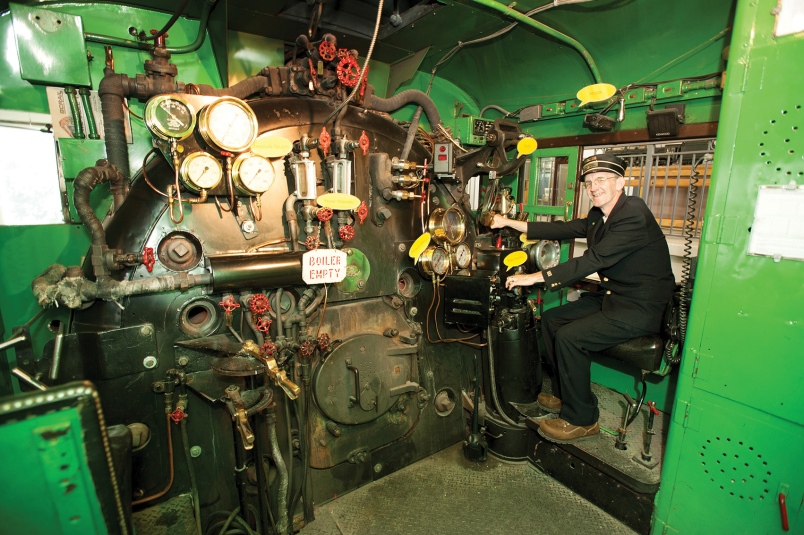 The Royal Hudson is once again receiving the pomp and circumstance fit for a king as the West Coast Railway Heritage Park celebrates the iconic steam train’s 40th anniversary jubilee tour.

The celebration of the momentous three-week journey of the Royal Hudson Steam Train, also known as the 2860, from Vancouver B.C. to L.A., Calif. will take place on March 18 in Squamish.

Ken Tanner, the president and CEO of the West Coast Railway Association, said that the province, in particular the minister of tourism at the time, Grace McCarthy, sponsored the original tour.

“It was a superb marketing and promotion event that saw millions of people experience the power and majesty of this magnificent steam train,” said Tanner.

“It was a major tourist promotion for B.C. at the time into a market that has since become so important to our tourism industry in B.C.”

The West Coast Railway Association has been the custodian of the Royal Hudson since 2002 and it is on regular display at the CN Roundhouse & Conference Centre.

But its connection to Squamish goes back even farther.

“Many in Squamish were involved with the Royal Hudson in its day – either operating, or maintaining or restoring it,” said Tanner. “And of course, all of Squamish knew when the mighty engine roared to life and took excursions down to the Lower Mainland multi-days per week in the 1990s.”

The Royal Hudson got its name from the New York Central Railroad, the company that first used the four-six-four wheel arrangement and christened them after Hudson River. In 1939, they became the first and only locomotives outside of Great Britain to earn the royal designation after King George VI and Queen Elizabeth were hauled from coast to coast on their first visit to Canada.

“In its day, it was a technological wonder – the strongest, fastest, most powerful engine on the continent,” said Tanner. “Some have told me it was the ‘Saturn V rocket of its era.’”

The one-day event will take place at the CN Roundhouse & Conference Centre from 1 p.m. to 5 p.m., including a buffet lunch, movies and presentations. The family of Grace McCarthy, the creative light behind the tour, will be joining the event.

Cover Photo: File photo West Coast Railway Association archivist Trevor Mills in the cab of The Royal Hudson back in 2015.